Date of birth of the plant for the production of synthetic quartz crystals for the electronics industry in the city of Yuzhnouralsk, Chelyabinsk Region, October 29, 1962.

The history of the construction of the plant “Crystal” is inextricably linked with the development of the domestic electronics industry. The plant, one of the first in the world, began to grow crystals of artificial quartz, work with them, provide the radio-electronic industry of Russia and foreign consumers with high-quality piezo quartz.

In our country, work on obtaining quartz crystals under laboratory conditions was first started in 1939 at the Institute of Crystallography of the USSR Academy of Sciences (ICAN). An initial series of experiments was carried out to clarify the solubility conditions of quartz, but the work was interrupted by the war. In 1945, quartz growing was resumed at ICAN. In 1951, the first crystals of artificial quartz weighing up to 150 grams were obtained. They were grown in autoclaves with a capacity of 1 liter for 60-80 days, from which quartz resonators were made and tested in quality did not yield to natural resonators from natural quartz.

In 1953, the Government decided to build a pilot plant for the production of quartz crystals. Construction began in 1954 in the city of Aleksandrov, Vladimir region. The installation was carried out simultaneously with the construction, and in September the first removal of crystals up to 50 kg from each furnace was received. In November 1958, following the results of the work of the pilot plant, the first industrial technology for producing artificial piezoquartz crystals was written. 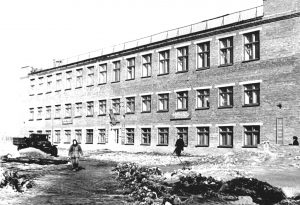 In the same year, in 1958, a Government Decree made a decision to build in the Urals a KN-2 serial plant (the second crystal crystal-building) to produce piezoquartz on domestic high-pressure autoclaves. Construction of the plant in the city of Yuzhnouralsk, Chelyabinsk region began in 1961. In parallel with the construction, installation of auxiliary, and then the main process equipment was organized and intensively conducted. In October 1962 the first autoclave was switched on in the technological mode, and in 1963 the first product was obtained.

OJSC “South Ural Plant” Crystal “by the decision of the general meeting of shareholders dated May 19, 2017, in accordance with the requirement of paragraph 7 of Article 3 of the Federal Law of 05/05/2014 No. 99-FZ” On Amendments to Chapter 4 of Part One of the Civil Code of the Russian Federation, renamed in JSC “South Ural plant” Crystal “.

Today JSC “South Ural Plant” Crystal “- the largest producer of quartz in Russia and in the world. It accounts for about 25 percent of the global production of artificial quartz crystals. 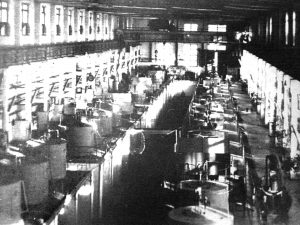 The material base of the plant is 125 autoclaves – from 1.0 m3 to 7.4 m3 – in which, at pressures up to 1,200 atmospheres and temperatures up to 400 degrees Celsius, pure crystal drops are born, more than 80 machines of multiblade cutting, full provision with self-produced seed plates, equipped testing laboratories for the analysis of materials and testing of the final product.

Due to the fact that all main types of products are exported, expansion and modernization of production is necessary, the company needs investments, including foreign ones.

The main raw material for growing piezoquartz is quartz vein lumpy. The company has and maintains a stock for the main types of raw materials and materials in the amount of from 3 to 12 monthly needs (quartz vein lump, anhydrous sodium carbonate, analytical grade, lithium nitrate, analytical grade, sodium sodium hydroxide). The criteria for evaluating suppliers are the quality of the supplied products, the organization of supplies, and economic stability.

For two decades, the plant has been steadily supplying more than 90% of its products to Japan, China, South Korea, European countries and the USA.

Today, the Kristall plant is a well-coordinated team, in which 245 people of high-tech production work and improve, the third part of whom are engineering personnel who worthily represent their country on the world market.

The Kristall plant successfully implements a number of social projects aimed at improving the working and rest conditions of city residents. So, the Crystal Center successfully operating today, offers a wide range of treatment-and-prophylactic and health services. In the framework of social programs operating at the enterprise, employees of the plant are provided with incentives for the purchase of vouchers to the Kristall Medical Center, compensations for the cost of meals are provided, annual social support is provided to pensioners.