The second decade of the 21st century is a time of rapid renewal. Technologies are improving, the market more than ever depends on the political situation in the world, the industrial complex is constantly working with crisis situations in mind. Those who do not wait for “when the crisis is over” live and develop, but change the world around them for the better, relying on the values that were and remain eternal. 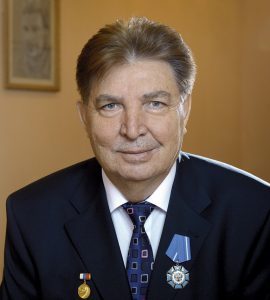 He has higher education: graduated from Chelyabinsk Polytechnic Institute with a degree in Electrical Engineering. Winner of the State Prize of the Russian Federation in the field of science and technology. Candidate of Economic Sciences. Since 1983, a labor biography has been associated with the Kristall Plant. In 1994, he was elected to be General Director of OJSC Yuzhnouralsk Plant Kristall. Currently, he is the Chairman of the Board of Directors of JSC Yuzhnouralsk Plant Kristall.

He accepted the plant in a state of bankruptcy. He managed to establish economic ties and lead the plant to the world leaders in the production of quartz crystals. The plant produces 25-30% of the world volume of piezoquartz. For great work on the establishment of the plant in the new economic conditions in 1998 he was awarded the Order of Honor.

Today, the management of the Kristall Plant combines wisdom and experience and young energy. This allows not only to maintain the position of the largest and most influential plant in the world for the production of piezoquartz crystals, but also to develop, to establish new connections, and to keep up with the times. 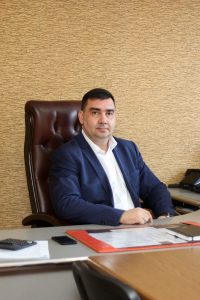 He was born on 24 March, 1975, in Yuzhnouralsk, Chelyabinsk region.

After graduating from university in 1997, he began his career at the Kristall Plant, also showed his experience of effective leadership at Kristall Medical Center.

The Plant Kristall welcomes labor dynasties, the continuity of generations is one of the traditions of the enterprise. Since 2011, he was appointed as General Director of the plant.

He was awarded the diploma of the Governor of Chelyabinsk Region.

In addition to the development of production, he resumed the tradition of patronage assistance to Yuzhnouralsk school No. 6. In 2016, the citizens gave him confidence by choosing a deputy to the Assembly of Deputies of Yuzhnourqalsk urban district.