The Kristall Plant successfully implements a number of social projects aimed at improving the working and rest conditions of city residents. So, the Kristall Medical Center successfully operating today,

offers a wide range of treatment-and-prophylactic and health services. In the framework of social programs operating at the enterprise, employees of the plant are provided with benefits for the purchase of vouchers to the Kristall Medical Center, with compensations for the cost of meals, annual social support is provided to the pensioners. Meetings of the Plant’s veterans are held, the city’s volleyball team and the Piezoeffect KVN team are maintained. The Plant is actively involved in the life of the city of Yuzhnouralsk. 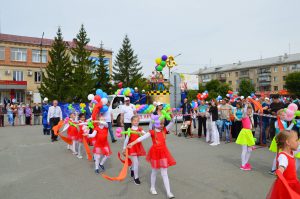 On Saturday, August 11, 2018, the celebration of the 55th anniversary of Yuzhnouralsk began with a solemn procession of citizens in the central street of the city. The most massive and spectacular event in a series of celebratory events dedicated to the City Day gathered and united thousands of citizens.

Here the city’s teams showed their achievements, told how they lived that year and what they are proud of. For the 55th anniversary of the city, the Kristall Plant produced a commemorative 14555 cycle. YuAIZ launched a new furnace, athletes from the SinCan school reached a new global level, and Forenergo celebrated its 20th anniversary with new achievements. 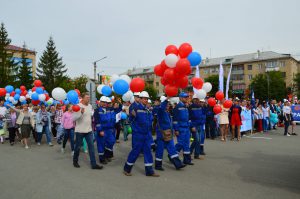 The event lasted more than one and a half hours. Thousands of citizents watched the festive procession from the stands and from Leninsky Komsomol Square.

The procession turned out to be colorful, bright, cheerful and loud. It ended with a performance of the Cossacks, who led the horses to the square. On the anniversary of Yuzhnouralsk honorary guests arrived, who took part in various events. After the festive parade, the guests went to the opening of the hockey game in the ice arena “South Ural”. 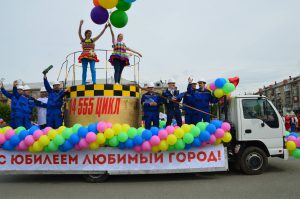 After the parade, a concert for the guests continued on the scene, with the participation of Yuzhnouralsk creative teams. And also, the holiday turned around on the creative sites on the square and in the park.

The brightest and largest column of the Kristall Plant rightfully won the 1st place among industrial teams! 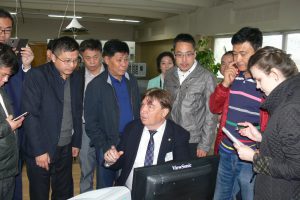 In 2017, an international conference was held at the Kristall Yuzhnouralsk plant, which included Chinese manufacturers of electronic products. An excursion was organized for the guests of the company, during which the chairman of the board of directors Stanislav Nikolaevich Abdrafikov spoke about the technologies and equipment used in the production.